Your Input is Bringing Change to Food Safety Rules 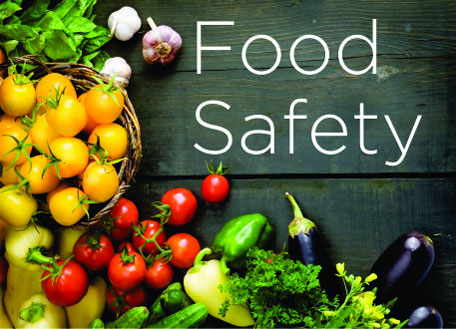 You spoke. We heard you.

We began 2013 with the proposal in January of two rules required by the FDA Food Safety Modernization Act: the Produce Safety Rule and Preventive Controls for Human Food. The former would set science-based standards for the produce industry while the latter would set safety requirements for food facilities.

We were determined from the beginning to be transparent in our processes and to engage all stakeholders in the work of crafting final regulations that would work across the broad spectrum of food-producing operations. An unparalleled outreach effort followed the proposal of these rules. My team and I traveled across the country and around the world to discuss these food-safety requirements with the people who would be most affected, including farms of varying types and sizes.

In our travels, we saw first-hand how everyone is committed to food safety. We especially spent a lot of time talking to farmers, both those who are smaller and work the land their family has owned for generations, and those who oversee large, diverse operations. We have heard concerns that certain provisions, as proposed, would not fully achieve our goal of implementing the law in a way that improves public health protections while minimizing undue burden on farmers and other food producers.

And because of the input we received from farmers and the concerns they expressed about the impact of these rules on their lives and livelihood, we realized that significant changes must be made, while ensuring that the proposed rules remain consistent with our food safety goals.

For that reason, we are planning to revise language in the proposed rules affecting farmers and plan to publish it in the Federal Register for public comment by early summer. These include changes to sections covering water quality standards and testing, standards for using raw manure and compost, certain provisions affecting mixed-use facilities (such as a farm that has a food-processing operation), and procedures used to withdraw the qualified exemption to these requirements for certain farms. As we consider the comments we’ve received, we may decide to include other changes for public comment. We recognize that completing these rules is essential to protecting the public health and are committed to completing them as quickly as possible.

We always knew that the rules governing farmers would be complex, in part because of the incredible diversity in the size and nature of farming operations. The standards we set must accommodate that diversity and be feasible to implement.

In our efforts to get first-hand information about how these rules would work in the real world, we visited nearly 20 states, Europe and Mexico; toured small and large farms and met with farmers across the country; met with the Amish, organic producers and other groups deeply involved in farming; collaborated with officials from other federal and state public health agencies; and held many public meetings. We also met with coalitions of consumer groups and other stakeholders. Our outreach work has been focused on ensuring that we never took our eyes off the ultimate goal: Keeping the food that you and your family eat safe.

We believe that this decision to change these proposed rules—in response to the careful consideration of many people involved in supplying our food—is critical to fulfilling our commitment to getting them right. I urge you to review these changes when they are ready and let us know what you think.